CAMRA Chairman Stops In For A Pint 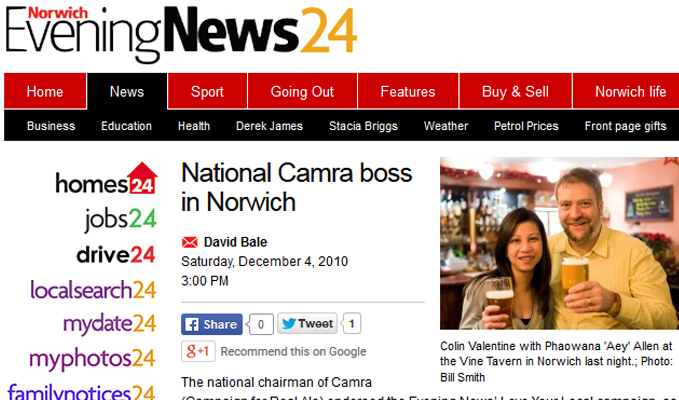 The national chairman of Camra (Campaign for Real Ale) Colin Valentine visited the Norwich and Norfolk branch of Camra and chose to stop for a drink at the VineThai Pub, which he praised for reinventing itself after being closed.

Mr Valentine said: “I wanted to visit The Vine because my regional director said there were some pubs in Norwich that had reopened after being closed, and were doing really well...It shows that when a pub closes it’s not inevitable that it will never reopen again.”

>> Pub Of The Week Feature